Philippe Ros, afc, is  a cinematographer, a Digital Imaging Supervisor, specialized, through workflows and ergonomics customizations, to provide solutions tailored to directors, producers, cinematographers special requests and demands. Philippe Ros is working closely with the Imago Committee for creative Technologies in Cinematography.

Kommer Kleijn, DoP and Stereographer but also in research and standardization. He teaches in film schools and to professionals. SBC and EDCF board member, chaired the IMAGO tech committee and SMPTE 21DC sub-committees. A regular speaker on international events he was awarded the "Bert Easey Technical Achievement Award" by the BSC. His latest 3D pic "Above Us All" won the ‘Best Feature’ award at the 3D Image festival, Lodz, 2014.

Rolf Coulanges bvk is cinematographer with wide experience in Latin America, Africa, Southeast Asia and the Caribbean with emphasis on films about music, dance and experiments. Appointed tenured professor for cinematography at the University of Media Stuttgart with research focus on digital film. Published works about lighting in painting and film and the work of Renato Berta, Raoul Coutard and Robby Müller 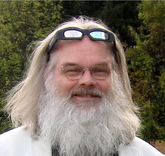 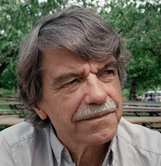 Emmy and OSCAR Award winner for technical achievement, Chairman of the ASC Technical Committee Camera Subcommittee. Author of several books on cinematography and technology. Is one of the main leaders and contributors of the web magazine “Creative Cow”. Films he has worked on as VFX Supervisor includes: James Bond/Quantum of Solace, X-men, Star Trek and Batman. Member of Producers Guild of America, Visual effects Society and Academy of Motion Picture Arts and Sciences (AMPAS)

Jannicke Mikkelsen is a cinematographer and VR film director/producer based in London.

Educated at the National Film School in the UK, she has amongst others produced and directed the 3D/VR live Queen concert film (2016) in Barcelona, and has been recognized as one of the most influential women in tech.

Jannicke Mikkelsen is a member of fnf,  the IMAGO Committee for Creative Technologies in Cinematography (CCTC), and a member of the SMPTE UK. She is the recipient of the IMAGO International Award for OutstandingTechnical Achievement.

Bjørn Alexander Brem is lawyer for the Norwegian Filmmaker´s Association and Director´s Guild of Norway, specializing in filmaker´s authorship- and working rights.

He is a member in the FERA Legal Expert group.

Having initially cut his teeth in the photographic realm, Phil transitioned to creative technologies, initially in post systems integration in London 20 years ago. Working primarily on large studio features, Phil has immersed himself in all technical and creative aspects of sound and picture production, from set to screen, with an emphasis on imaging, workflow and technical innovation. Phil joined Netflix in 2019 as Creative Technologies Manager for UK and EMEA. 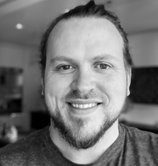 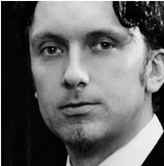 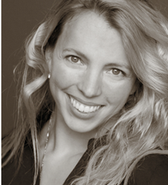 Originally from the UK, Leo spent his early career working in the Soho broadcast facility world. Relocating to Toronto in 2011 to work for on-set and dailies specialist, Bling Digital (Now Sim), Leo immersed himself in scripted and feature workflows, consulting and developing custom imaging and data management solutions with a keen focus on color management.  Leo joined the Netflix Post Management team in 2018 and is the lead post executive across the Nordic and African Original Series. 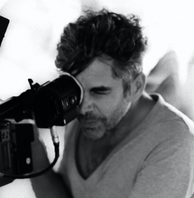 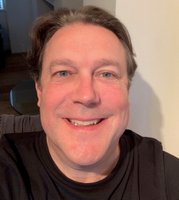 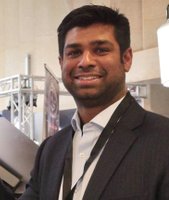 is a professional Cinematographer. He is one of the busiest DOPs currently working in London. His work spans across 25 years, where he’s carved a distinguished career in commercial advertising production. He has shot over 500 commercials and prides himself on cinematic lighting. Over the last few years he has engaged with all of the latest technology and has spent a considerable amount of time creating a system that allows him to take advantage of modern technology without losing the essence of creative film lighting.

In this talk Ian runs through his evolution on the set with the latest tools and technology, he touches on reflected light and his journey with LEDs and colour issues.

is Carl Zeiss’s Regional Cine Manager, based in London, is responsible for promoting, educating and sales of Zeiss’s Cinematography products in Europe. With constant evolution in Cinematography, Sundeep is in regular contact with Cinematographers, Camera departments, Rental Houses, VFX facilities and Zeiss’s Cine partners gathering feedback from the field so that Zeiss is always at the forefront of innovation, creating the right tools to aid Cinematographers in pursuit of their vision.

He will tell us about the laest developments in lenes, and the creative consequences for cinematographers and in post.

With a career spanning 25+ years both in the UK and Australia Barry has always been associated with creative industries  throughout his career with exposure to Film /TV and Photo stills from a very young age. Walking the sets at Pinewood studios inspired him to study Art and Photography and a yearning to travel he discovered Australia, Barry is today the accounts manager for Rosco. He will tell us about his thoughts and experiences with the creative use and latest developments of new filters and filter systems. 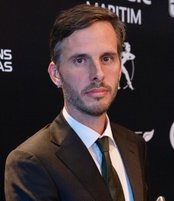 (b. 1975) has won the Primetime EMMY Award for his outstanding work on the HBO series “Chernobyl”(2019), and several other international Awards, among them Awards for his acclaimed work on Joachim Trier´s films “Thelma”, “Louder than Bombs” and “Oslo, 31. August”. Jakob Ihre will tell us about his experiences and challenges on the series “Chernobyl”. 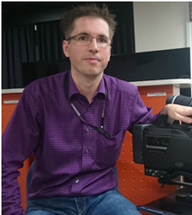 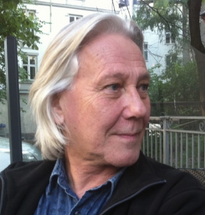 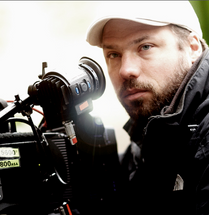 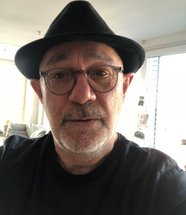 Rolv Håan FNF is a Norwegian cinematographer who has, besides working in film production, also has been strongly involved in film politics, authorship and working cinditions, as President of both the Norwegian Film Worler´s Union, and The Norwegian Society of Cinematogfraphers.

He has also been working as a teacher at different Norwegian film schools.

He is today also an active member of the IMAGO Authorship Committee.

has received many Awards for his work on “Game of Thrones”, among them the ASC Award and the “IMAGO International Award for Cinematography”.

In addition to this, nominations and Awards for productions like “Sherlock”, “Mr Biggs”,

and “Overlord”. Originally German, he now lives in the United Kingdom, and is one of the youngest members of the BSC.

Pilip Øgaard FNF is an Award winning cinematographer, and one of the most experiened in Norway, with more than 30 feature films behind him. He worked as a cinematographer on the recent and acclaimed HBO series "Be foreigners" and will tell us about his experiences and challenges when working with Netlix on this production.

Sebastian Leske has worked for Sony for almost 10 years, as a Product Manager for Professional Monitors, Camcorders and CineAlta cameras. During that time he has introduced cutting-edge technologies, products and workflows for the European market.  These have included the first Professional OLED reference monitor, the F5 and F55 CineAlta cameras, the XAVC codec and the PXW-FS7 camera. Sebastian recently spent more than 6 months in Japan working within Sony's product planning team. 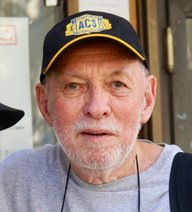 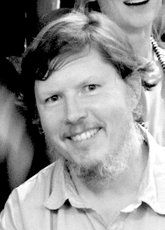 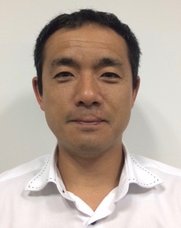 Born in Stockholm, Pettersson entered the Swedish film industry in the mid-1980s and started working as an assistant cameraman to distinguished cinematographers such as Lasse Björne, Tony Forsberg and Rune Ericson, from whom he learned the craft during his journeyman years. He spent many years as 1st AC, and later as DoP has been active in promotional films, documentaries, short films and commercials. He is a Board member in the Swedish Society of Cinematographers, and he is the chair of the IMAGO Master Class Committee.

Trond Tønder FNF is a Norwegian Director of Photography. He has shot films like "Grand Hotel" and "Ash Lad - in search of the golden castle". He is the President of the Norwegian Society of Cinematographers FNF from 2017 - present, and teacher of Cinematography at The Norwegian Film School. 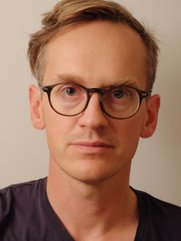 Hideyuki Kasai joined FUJINON in1995, since then working between R&D and sales department.

Hideyuki will tell us about the advantages of working with large format lenses. 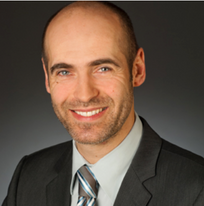 Ersan Köylüoglu is the Nordic Key Account Manager of Fujifilm. Ersan has more than 15 years´ experience in the broadcasting industry from assignments for MTG, TV4, YLE and SVT, and today having a key role in the building up of the Nordic market for Fujifilm Optical Devices. 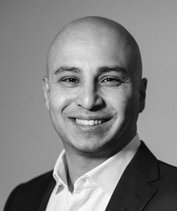 Kim Høgh DFF is a danish cinematographer working on feature films and commercials.

Kim is today the head of the cinematography department at the Danish Film School. 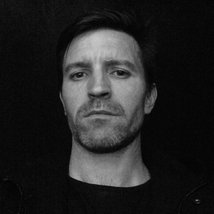 Thorsten Meywald is the ARRI Product Manager for Optical Systems and responsible for the entire ARRI lens and optical filter portfolio. He joined ARRI in 2011 and is responsible for lens series like Master Anamorphic and Signature Prime. 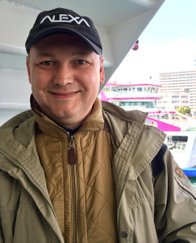 As Head of Product Management at ARRI Lighting Florian Bloch is globally responsible for the entire fixture and accessory portfolio. Light and lighting has been his professional focus for the last 12 years. His background as RF engineering and network technologies enables to push the fusion of both aspects – shaping digital lighting fixture.